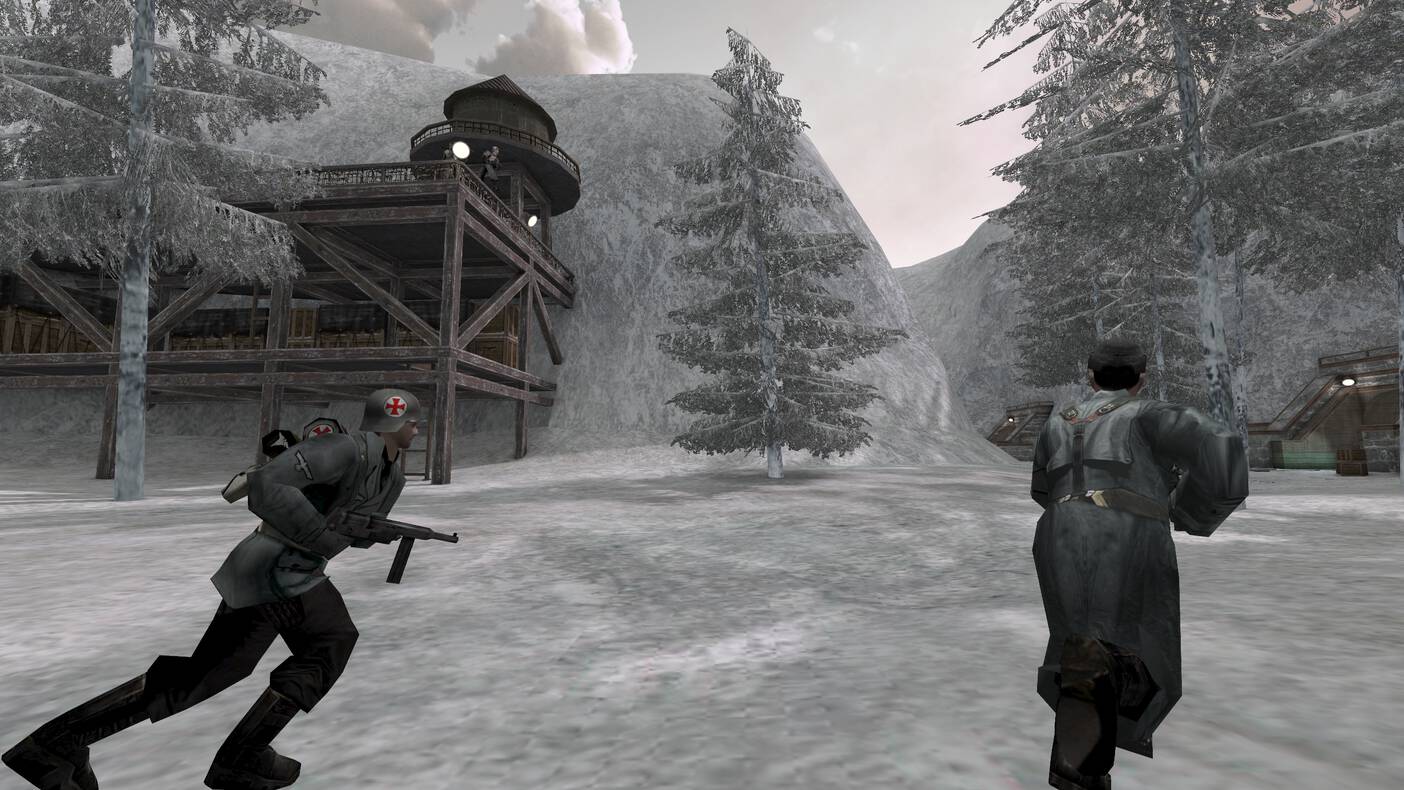 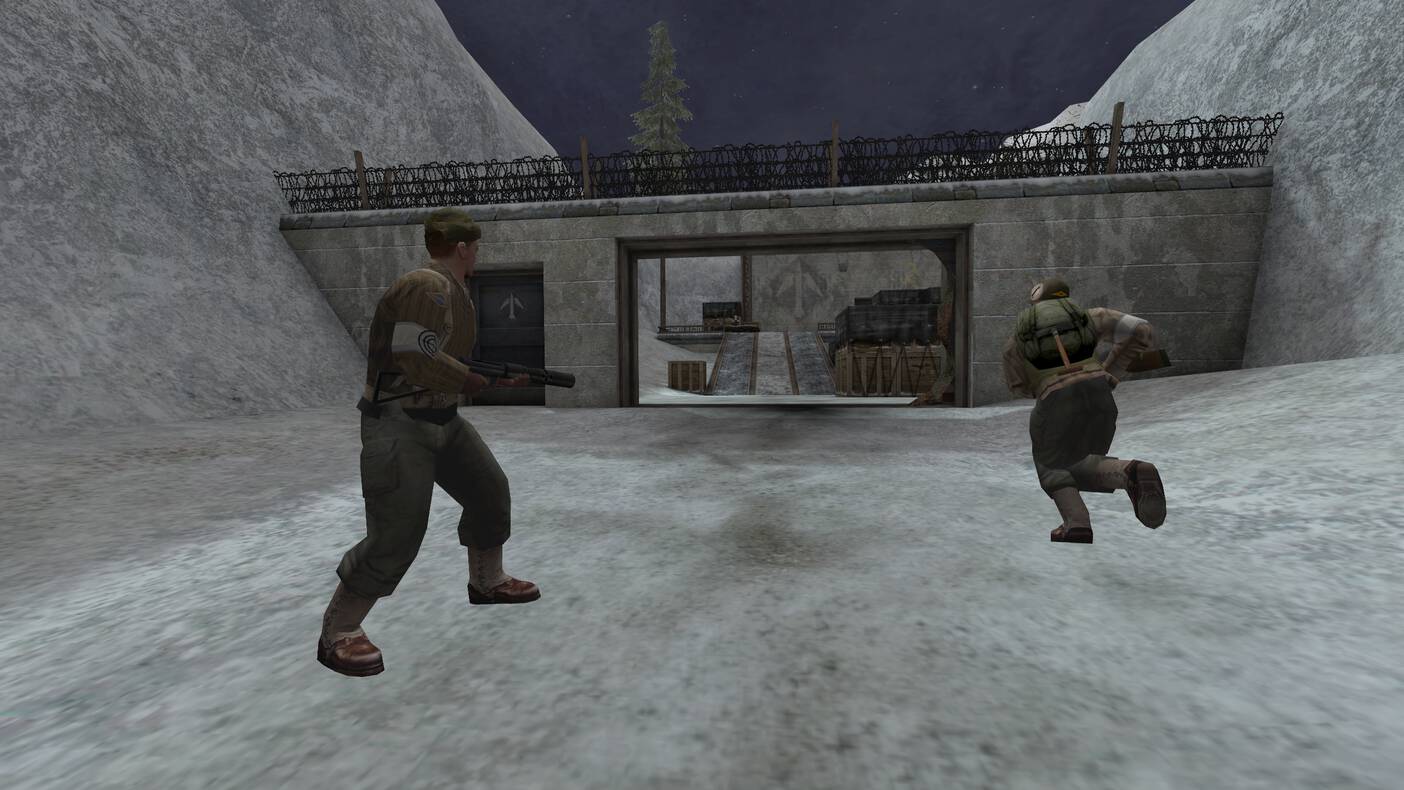 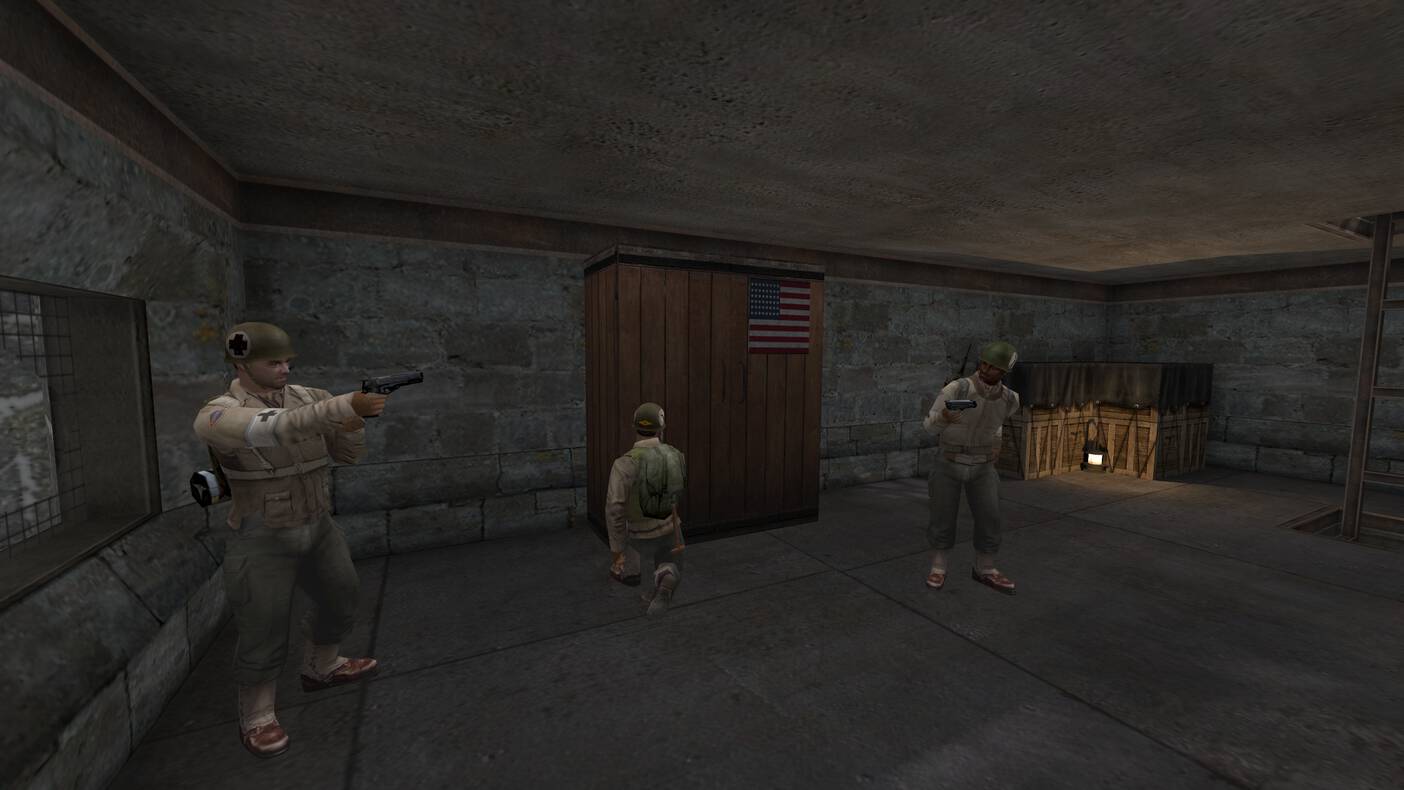 ET is on Steam!

A dream come true for so many of us who have been with this game for years. If you actually missed the news, yes this is real. 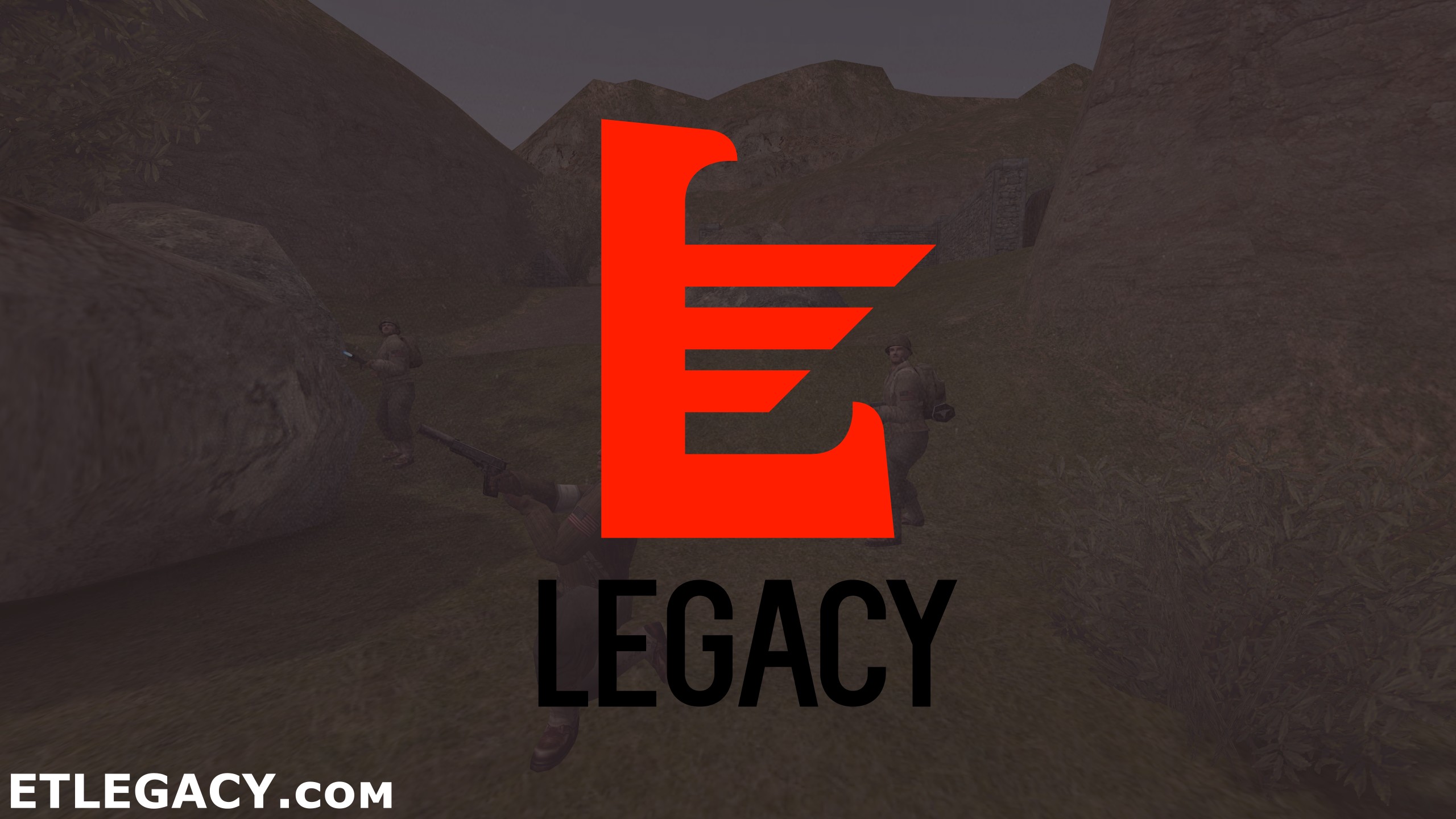 With the official Steam release of Wolfenstein: Enemy Territory we've seen an unbelievable resurgence in player counts for the game across all clients (Steam version of ET, original ET and ET: Legacy). To put it into perspective, the first day after the announcement over 6000 new downloads have been registered on our website for ET: Legacy 2.80.1 'Path Cleared!'. Yes, six THOUSAND! Before that, the daily average was around 300 per day, which already is amazing, but this recent increase is unprecedented.

According to Steam Charts we have had an average of nearly 300 concurrent ET players this week and this is only counting those with the Steam version. Additionally to this, you also have those players that use ET: Legacy or vanilla ET clients. The increased interest in a nearly 20-year-old game is incredibly motivating and for a community project like ours opens up so many opportunities. 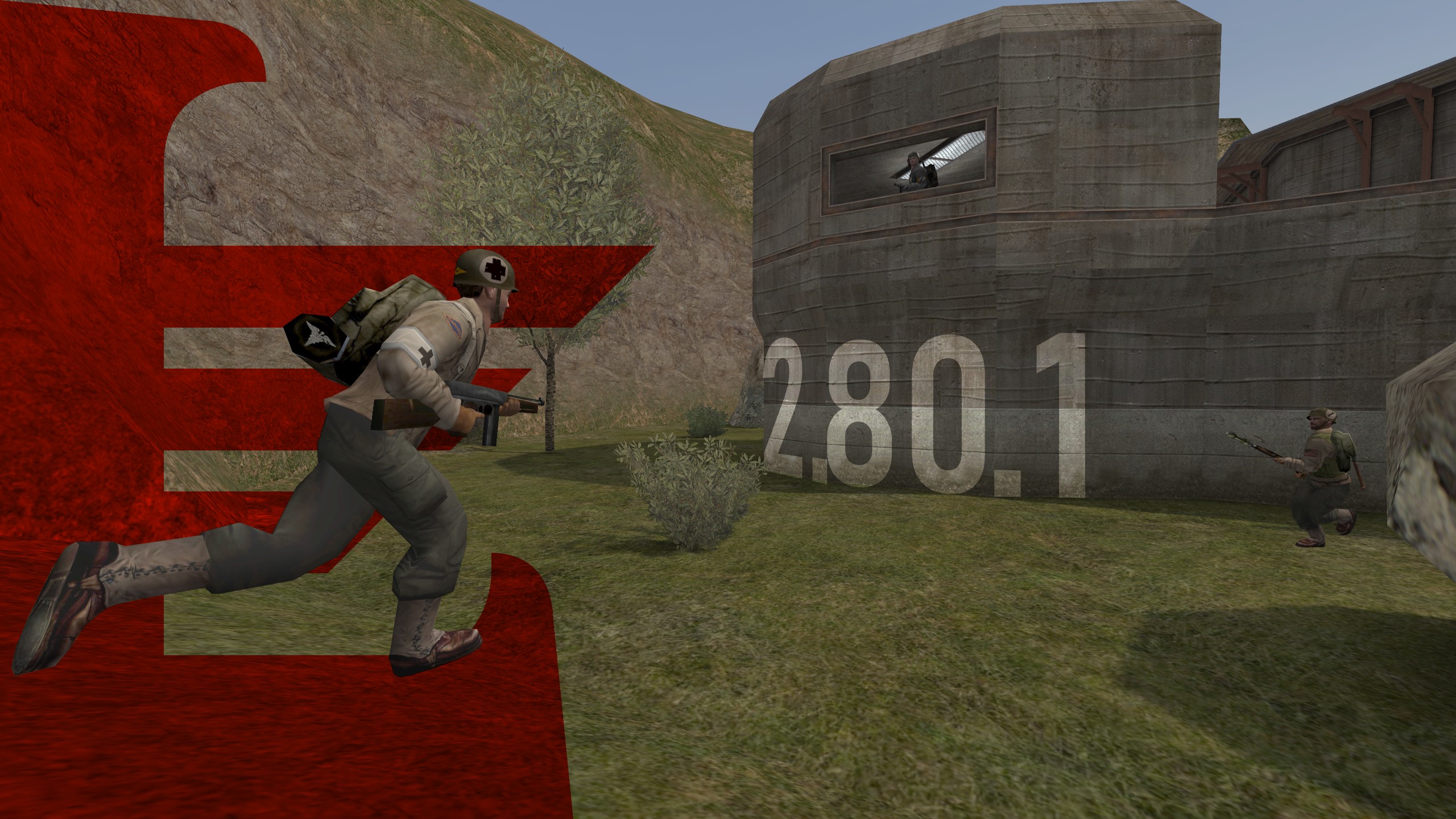 Therefore, let's take a moment to talk a bit about what the Steam release is and isn't and what options it brings with it.

How to play ET: Legacy with ET Steam release

How to run ET: Legacy natively on Linux through ET Steam app

That being said, having Wolfenstein: Enemy Territory on Steam significantly improves the chances of ET: Legacy coming to Steam. We are currently getting in contact with the right people to make ET: Legacy on Steam a reality. On a more personal note, we are excited to play around with the Steam features, which is why we are investigating the possibilities that steamworks integration would bring to the project. So far, however, this is new territory for us. If you know your way around handling Steam integration into games and are interested in bringing in your expertise into ET: Legacy, please reach out to us!

The Steam version of ET is not simply any of the previously available ET versions put on Steam. Most likely due to legal reasons, the source code has been recompiled, for example to remove Punkbuster and implement an ETKey generator straight into the client. Among other things, this means that unmaintained mods validating the client gameversion (e.g. ETPro) will not work with this release.

If you are still looking for a more competitive experience, please check out the ET: Legacy Competitive Discord. There, you can find like-minded players who you can join for a few friendly scrims. If you are rather interested in more relaxed and casual games, you can look for public servers on third-party game trackers like TrackBase.

As there haven't been any major changes regarding the engine, the performance and compatibility issues of the original ET remain. This means that even on modern hardware, most users will experience significant performance issues. This is mainly due to incompatibility with modern OpenGL drivers and the game's graphics pipeline relying heavily on CPU while lacking any multi-threading. Aside from that, the game does not support modern resolutions without tweaking and renders UI elements at 4:3 aspect ratio. You can somewhat accommodate these issues with adjusting in-game CVARs, however, this poses a significant entry barrier for players used to 'plug-and-play' games. If you require technical support for ET, please feel free to join the ET: Legacy Discord. We do recommend reading through the FAQ on our wiki as a first step of troubleshooting.

Additionally, we have compiled a few quick Q&As for using ET: Legacy with the ET Steam version:

I am getting NewItemIOError in PowerShell when trying to create symbolic links for etl/etlded?

Make sure you deleted or renamed the original binaries - symlink creation will fail if a file with the name already exists.

I am getting Error 0x800700E when copying the ET: Legacy binaries to ET Steam folder?

Your antivirus software is flagging etl/etlded.exe as a potential virus - no need to panic! Just whitelist the binaries in your antivirus software. This is mainly caused by ET: Legacy code not being digitally signed by Microsoft, and the fact that the current release is less than a week old, so antivirus software have not yet learned that the game is not in fact a virus. Remember, the project is open source, anyone can view the code in our GitHub repository.

How do I restore/add exclusions to ET: Legacy binaries in my antivirus software?

This will depend on your specific antivirus software, here and here you can find instructions for Windows Defender.

The game is crashing with FS_CreatePath: failed to create path "C:\Documents\ETLegacy"?

Sometimes the game incorrectly tries to set the default homepath. To fix this, start the game with +set fs_homepath C:\Users\<user>\Documents\ETLegacy where user is your Windows username. You can also change this path to whatever you want to, as long as it's not the same as the installation directory. We're investigating this error and hope to address it in a future release.

I am not seeing any servers in the server browser?

The Steam installation of ET ships with an etconfig.cfg that sets sv_master2 to blank. This cvar is used as an additional master server, as the original master server is down from time to time. To fix this, navigate to your Steam ET directory, find the etconfig.cfg in the etmain folder, open it with a text editor, find the sv_master2 entry and set the value to master.etlegacy.com. You might also need to do this to your profile-specific config in C:\Users\<user>\Documents\ETLegacy\legacy\profiles\yourprofile\etconfig.cfg.


written by Kemon 9 months ago

For the Linux version (and Steam Deck), you can use Luxtorpeda. I did a tutorial on it for Morrowind, Warzone 2100 and X-COM that would be the same here: https://www.gamingonlinux.com/2022/03/steam-deck-using-luxtorpeda-for-morrowind-warzone-2100-and-x-com/